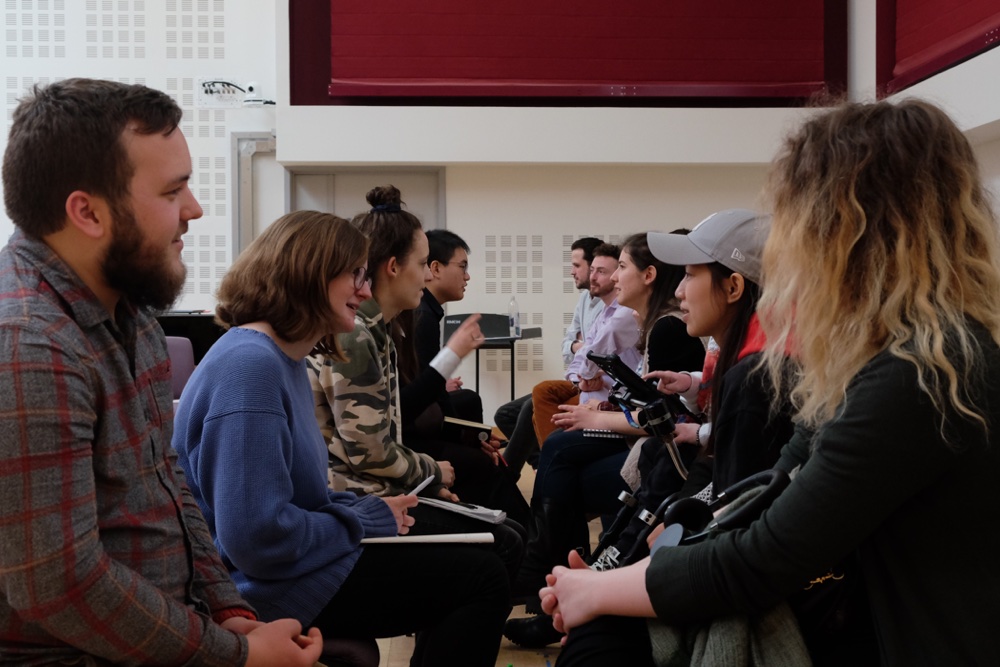 The Royal Northern College of Music is one of the world’s leading conservatoires. Located in Manchester, it is one of four conservatoires associated with the Associated Board of the Royal Schools of Music.

Following our introductory workshop in March 2018, their pieces were workshopped in April then showcased at the RNCM in May. All the writers and composers received one-to-one mentoring from Laura and Lewis between the workshop days.