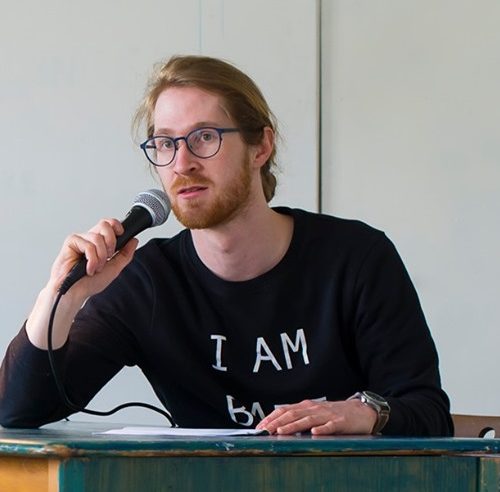 Forest Sounds's last show received received arts council funding, about which Samatha Williams (State of the Arts) wrote: “I found myself in a room full of almost strangers, giddy with the possibility of positive human interaction, and a new understanding that this work so subtly and cleverly has highlighted our separateness and brought us all together.”

As an educator, Andy has led workshops in creative writing and performance making for Manchester Art Gallery, Grimm & Co, Crisis, The Writing Squad, The National Coalmining Museum and elsewhere. Andy facilitates by creating a playful and surprising invitation for his participants giving them a practical toolbox of ideas, materials and prompts to respond in a self-directing way. He has worked with children of all ages and vulnerable adults with complex needs to create theatre, performing installation, magazines, audio drama, poetry, prose and non-fiction.

He has a degree in English Literature with Creative Writing from the University of Birmingham and a Dinstinction in a Masters in Advanced Theatre Practice from the Central School of Speech and Drama. He is based in London and Sheffield where he lives with his cat.

“Andy Owen Cook is a consummate performer, writer and poet with a vision as mature and down to earth as it is incendiary and inspired." – Luke Kennard