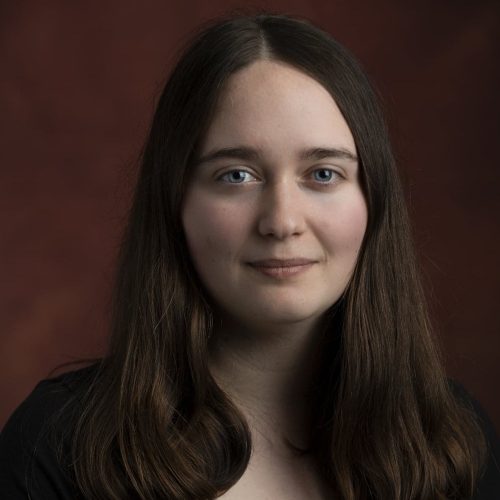 Hannah is a Cumbrian writer, performer and comedian who is based in Newcastle. She has been writing plays since she was sixteen and is particularly interested in writing comedy and about her home county of Cumbria. Her play “Bridges Apart”, set in Cumbria during storm Desmond, was performed at Kendal Yarn’s festival of new plays. It was chosen to be part of Best of the Fest (the top six plays) in village Staveley. It was also chosen by a London theatre producer as one in seven out of over one thousand entries, seven short plays ran at the Union Theatre for a week, and also for Playing Up at Northern Stage.

She’s had four plays at the Southwark Playhouse with Full Disclosure Theatre Company, Director’s Cut Theatre Company and Slackline Stories and a play picked to be part of The Twilight Hour at the Canal Café Theatre. She wrote, directed and performed in a sixteen-night run at the Edinburgh Fringe.

She has been writing and performing comedy sketches for BBC Newcastle’s comedy radio show “It’s Grin Up North” for over a year and a half. She is half of comedy double act Sowersprouts and has played venues such as The Stand and Alphabetti Theatre. In a bizarre turn of events she has also performed solo stand-up comedy in the shop Poundland.

During Lockdown she has produced a series of six comedy monologues “Sex, Gardening and Contact Lenses” that are available to watch on her YouTube”.

Send a message to Hannah Sowerby