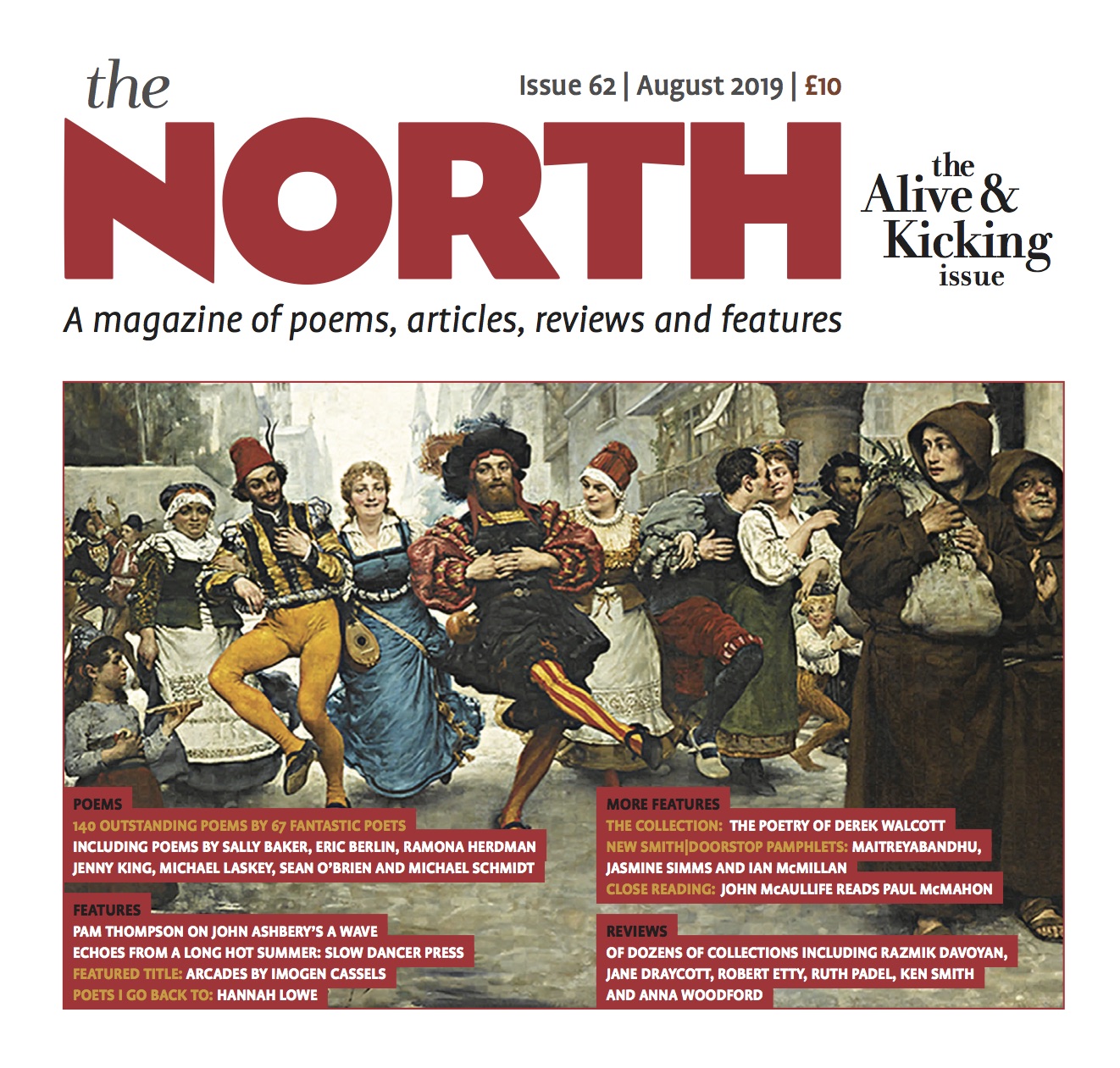 Beth Davies has a poem out in Candlestick Press’s Ten Poems About Flowers.

From a book shop you can get Chloe Maughan’s piece in Rife, 21 Stories from Britain’s Youth, edited by Nikesh Shukla.

Vivienne Burgess has three pieces of flash fiction coming out in the next issue of Neon Books magazine. One story about raccoons, one about shopping trolleys and one about bees. Or lack thereof.

Lydia Allison has a poem in the Poetry Business Anthology The Result Is What You See Today, an anthology on running, edited by Kim Moore, Paul Deaton, and Ben Wilkinson. Buy it here.

Lydia and Charlotte Carrick have written poems on the theme of ‘Neighbourhood’, celebrating the cities of Leeds and Dortmund being twinned for 50 years. You can listen to these, amongst other English and German poets, on the evening of Friday 4th October, and midday Saturday 5th on ChapelFM.

and you could subscribe to the great Rialto for a poem by James Giddings in Issue 91.

The 62nd edition of The North you can read poems from the forthcoming Smith Doorstop pamphlet by Jasmine Simms, and Imogen Cassel’s Arcades is the featured title.

while online you can read …

two poems by Jenny Danes in The Kindling,

and three poems by Emily Pritchard in Chantarelle’s Notebook

the sequence When will the rain come back from the water? by Sarah Fletcher in Blackbox Manifold

Hannah Hodgson is joining the editorial team of Student Pages.

And have a browse of our bookshelf to which we have recently added play scripts by Chris Bush and Charley Miles and poetry from Jasmine Simms, Jessica Wood, Warda Yassin, Lenni Sanders and Dominic Leonard.