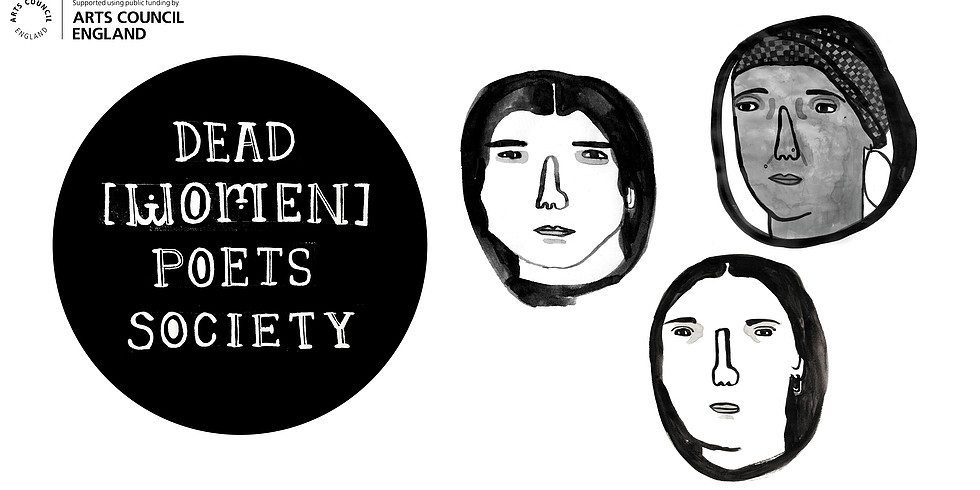 Dead [Women] Poets Society are coming to Leeds – in person and online!

They are teaming up with Wharf Chambers for an evening of poetry, featuring the Squad’s own core team member Malika Booker, alongside Lizzi Hawkins – to commune with the dead women poets.

Malika Booker is a British poet of Guyanese and Grenadian parentage, living in Leeds. Her  writing spans poetry, theatre, monologue, installation, and education. She is the founder of the writer’s collective ‘Malika’s Kitchen’. Her first collection, Pepper Seed, was shortlisted for the Seamus Heaney Centre Prize. She is published with the poets Sharon Olds and Warsan Shire in the Penguin Modern Poets series. Malika is a fellow of both the Complete Works and Cave Canem and was inaugural Poet in Residence at the Royal Shakespeare Company. She is a Creative Writing Teaching Fellow at the University of Leeds. She won the 2020 Forward Prize for Best Single Poem, and was shortlisted for the 2017 prize. Malika’s dead woman poet will be revealed soon, but until then, you can hear her bringing West Indian mythological temptress La Diablesse to life in her episode on the Bedtime Stories for the End of the World podcast.

Lizzi Hawkins is a poet from Leeds. She is a proud graduate of both The Writing Squad, and Ilkley Young Writers, with whom she has performed in venues across Yorkshire. Lizzi’s poems are published in The Rialto, The North, The Cadaverine, The Compass Magazine and several anthologies. She is a winner of the 2017 Poetry Business New Poets Prize with her debut pamphlet Osteology, and has been commended in the Foyle Young Poets of the Year Award. Lizzi will be communing with Mary Oliver (1931-2019), much-loved American poet of ‘Wild Geese’ fame (‘You do not have to be good. […] You only have to let the soft animal of your body / love what it loves’). Oliver published over 15 essay and poetry collections, and won the 1984 Pulitzer Prize for Poetry for her fifth collection, American Primitive. Lesser known facts include that she used to hide pencils in trees so she could write on walks, and she met her wife through another dead woman poet, Edna St. Vincent Millay.