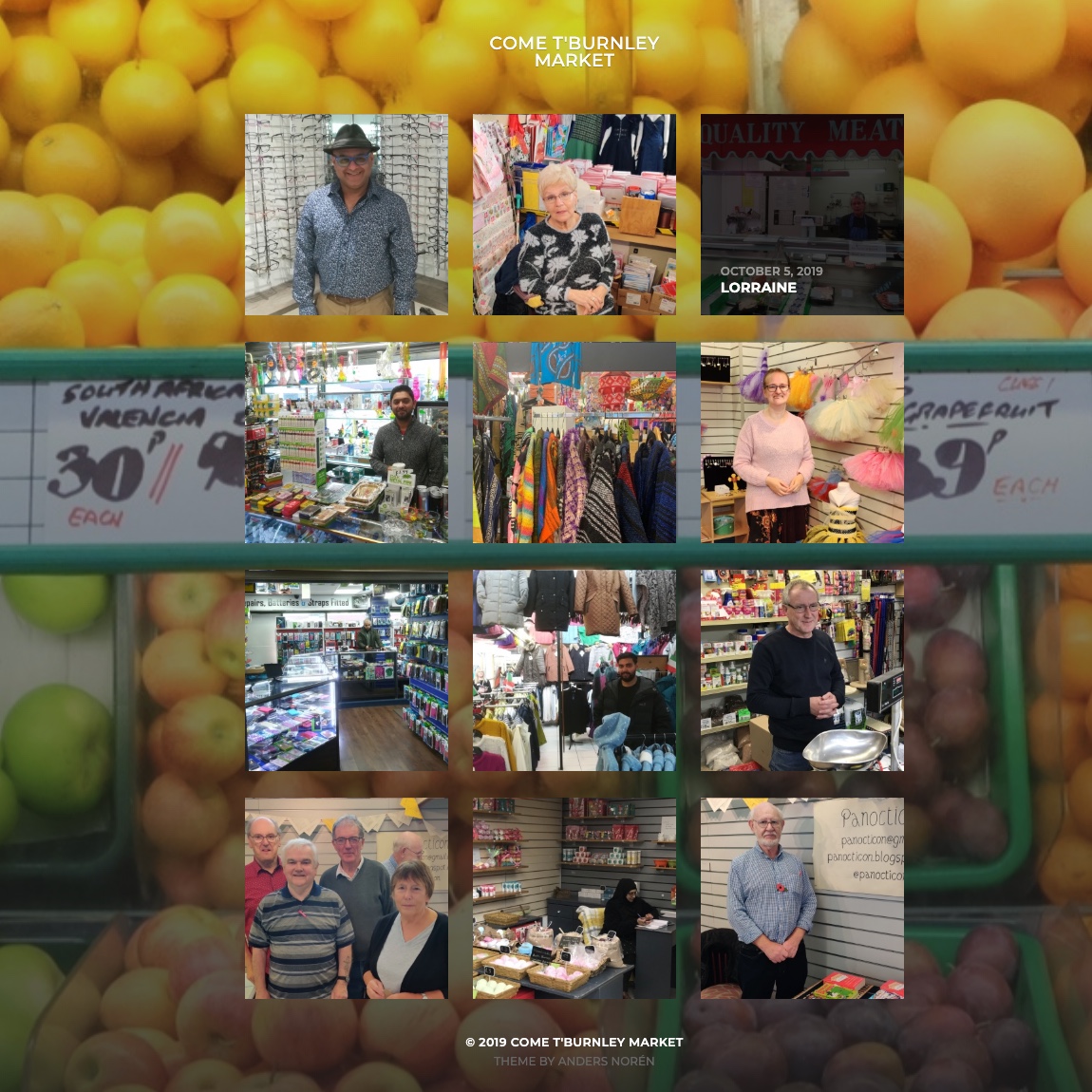 Much of Burnley Literary Festival in 2019 took place in Burnley Market, readings and applause mixing with shoppers, trading and home fans stoking up in the food hall before Burnley’s match against Everton. The festival was programmed and produced by Culturapedia.

Four Writing Squad and two local writers spent an intense Saturday talking to the people who trade or had stalls on the market, taking their photos and then writing up their words and seeking their approval for the site Come T’Burnley Market.