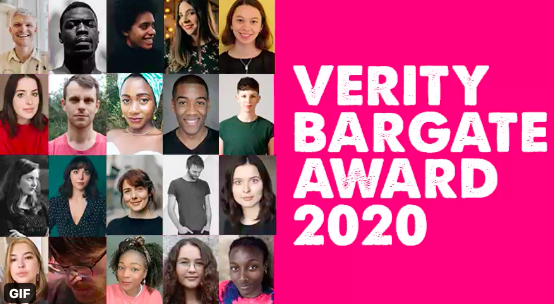 Tife Kusoro has been longlisted by Soho Theatre for this year’s Verity Bathgate Award. Following a record number of 1,493 submissions, the shortlist will be announced at the end of September and the winner of the award announced in October. Since 1982, the Verity Bargate Award, Soho Theatre’s foremost playwriting award, has uncovered the best new and emerging writers.

Soho Theatre’s Literary Manager Gillian Greer said: ‘This is the Verity Bargate Award’s biggest ever year, and we have never needed it more. In a time of great uncertainty, I am delighted that Soho Theatre can celebrate these twenty vital, distinct, urgent and uncompromising theatrical voices. The talent, variety, and ambition on display within this list is truly astonishing, and offers a beacon of hope for the future of playwriting.’