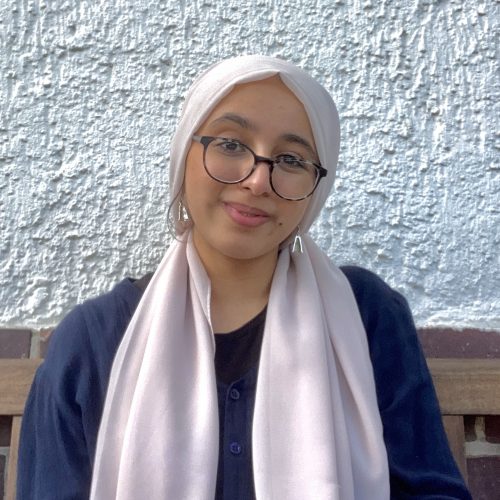 Tayiba is a writer of all kinds of things. She is based in Manchester, and studies English and Modern Languages at St Hilda’s College, Oxford. Before the world went under, she wrote scripts produced by Manchester theatre companies like Take Back, Hung Theatre and Girl Gang Manchester. She is currently editing a magazine for the Oxford University Islamic Society, Ikhlaas, which just released its fifth issue.
She also translates – in 2020 she won the Warwick Undergraduate Translation prize, and received accolades in both the Austrian Cultural Forum’s Translation prize (German) and the OxOn Poetry Translation Competition (French).
When she can muster up the brain cells for it, she writes poetry – her sonnet Reading recently won the 2021 Eugene Lee-Hamilton Prize. She loves laughing at people’s funky attempts to spell her name, hiding puns in her essays and powerful earrings.

Send a message to Tayiba Sulaiman