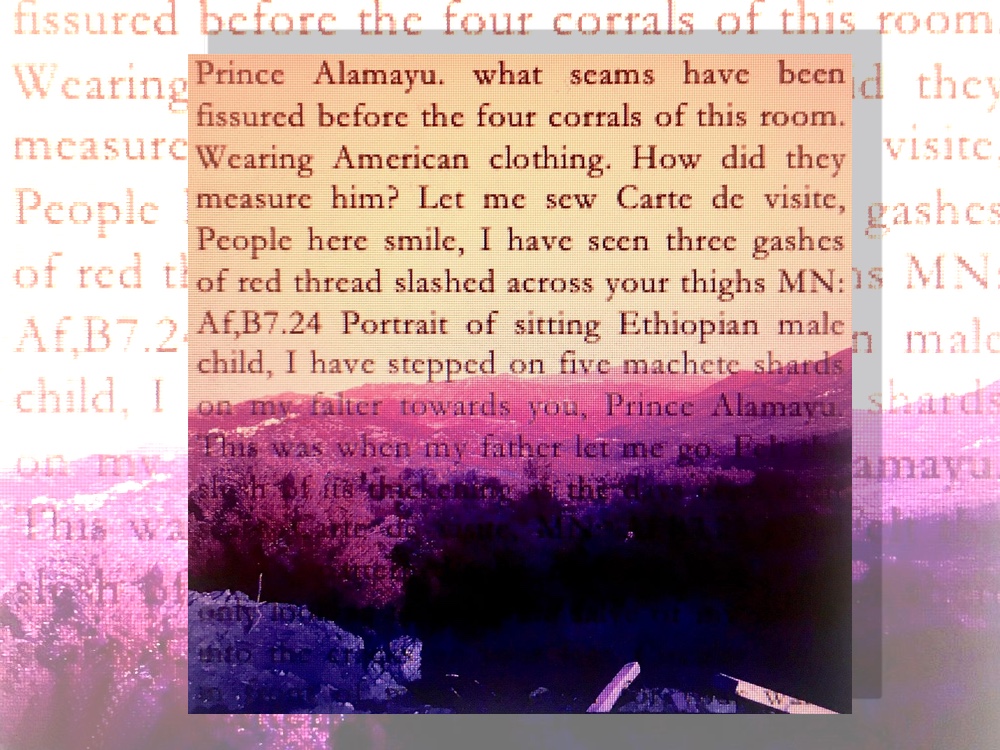 ‘Writing the Archive’ is a creative project that interrogates the nature of the archive as a problematic space of procurement, violence and misinformation, emblematic of a colonial legacy. Inspired by collections in the British Museum, Squad writers Fahad Al-Amoudi, Lydia Hounat and Prerana Kumar created work that blurs historical fiction with the poetics of Ethiopian, Indian and Algerian literary traditions.

Fahad Al-Amoudi and Lydia Hounat’s work responded to the Maqdala Collection and Collections of Kabylie Jewellery. Their poems question the existence of these collections in the European context, the colonial power dynamics involved in naming and they will also reconstruct the lives of the individuals involved in the making of these artefacts.

Prerana Kumar worked with the Asia Department to write poems that respond to the museum’s collection of South Asian Mughal paintings. Her work explores narratives of queer intimacy between women depicted in the paintings in an attempt to foreground companionship and community as resistance against heteronormative colonial inheritance and repression of everyday patriarchy.

This was the first year of the project that will hopefully continue to run in future years in partnership with various archive centres.

You can read their work in the ‘Writing the Archive’ edition of the Squad’s online magazine, PUSH, here.

Image Description: The text was taken from the group’s collective research notes and is overlaid on an exposed image Lydia took in Algeria as part of her own archiving project.