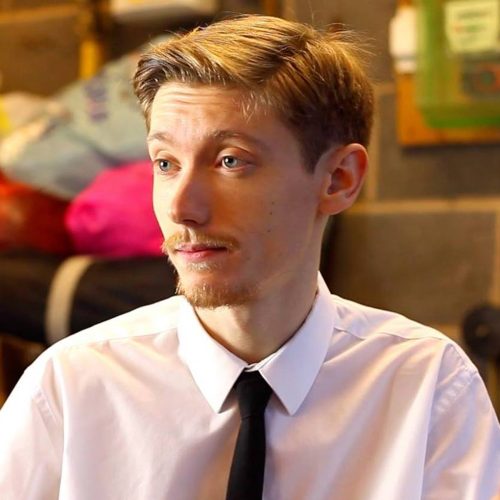 Robert writes, directs and produces his own short films/webseries with his production company 73 Degree Films.

He began writing for film seriously in 2012, after winning a competition to have something made for BBC Wales. That same year he was accepted into Squad 6 and began University in Liverpool.

Robert eventually took over the filmmaking society there and produced several shorts and 2 webseries. The first series, ‘UNiTITLED’, was entirely improvised and won several awards. The second, ‘the making of’, remains the largest film project ever completed at the University, with episodes focusing on sex, drugs and social media.

In 2016, shortly before graduating, Robert released ‘You Are Invited to’, an epic look at the behavior of his generation in his hometown. The comedy was the biggest narrative film ever made in Wrexham.

In 2017, 73 Degree Films became incorporated and is now functioning as an official production company.  They have 2 webseries filming in summer 2017 and are hopeful of securing funding for several more projects before the year closes out.

THE MAKING OF EPISODE 1 #SEX

YOU ARE INVITED TO - THE FILM

Send a message to Robert Corcoran