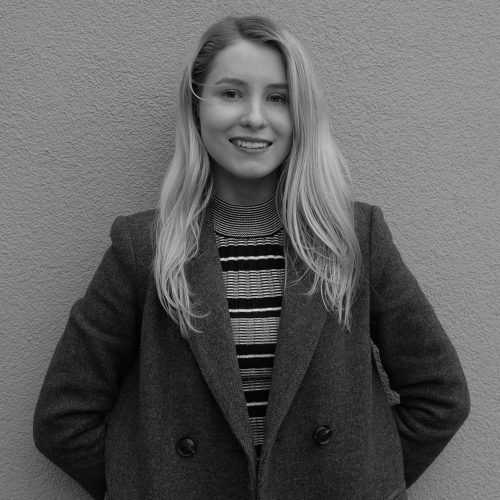 Lydia Marchant is part of the BBC’s Writers Academy 2019/2020, led by John Yorke, for which she is developing episodes of EASTENDERS, CASUALTY and HOLBY CITY. She also has work in development with Cuba Pictures and BBC Studios.

Her first full length play MUMSY is under commission at Hull Truck Theatre, where she is an Affiliate Artist. She is also Associate Writer of feminist, autobiographical theatre makers, The Roaring Girls, who she worked with on BEACH BODY READY for Edinburgh Fringe 2019, in association with Hull Truck, York Theatre Royal and Pleasance Pathways.

Lydia is a Squad8 grad. She also studied MA Writing for Stage and Broadcast Media at the Royal Central School of Speech and Drama, and was part of writers programmes including Leeds Playhouse, National Theatre, Soho Theatre, Royal Court Theatre and BFI.

She is represented by Julia Mills at Berlin Associates.

Send a message to Lydia Marchant