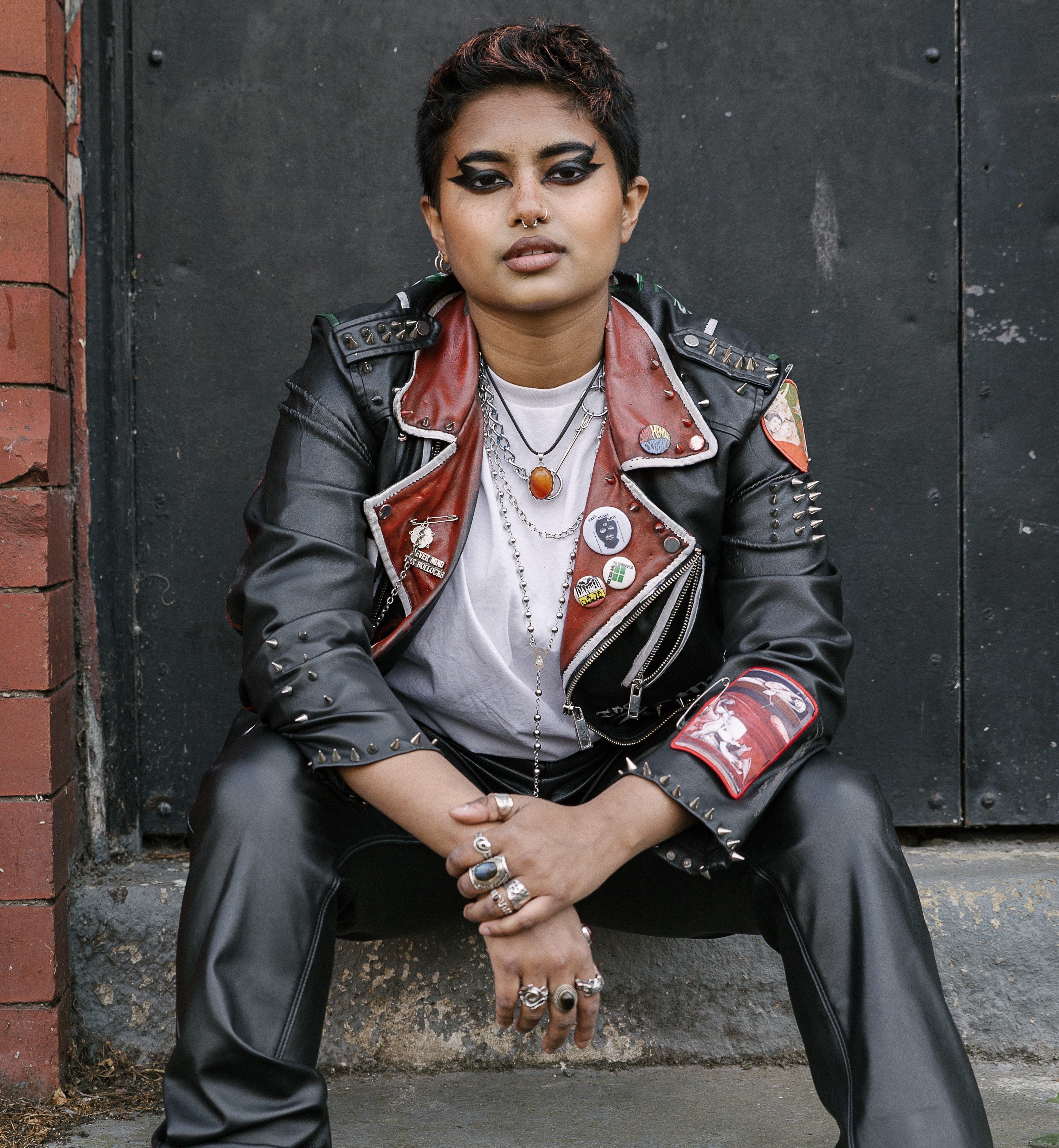 Jay Mitra (they/them) is an award winning punk poet and artist based in Hull/Manchester. Born in India but raised in Yorkshire, they have spent their life merging two cultures into one five-foot body. Finding solace in punk, their passion-fuelled poetry tackles taboo topics with wit, grit and sensitivity.
As well as being a founding member of Hull’s poetry collective No Larkin About, Jay is a freelance music journalist for Soundsphere Magazine, WARO, Get In Her Ears and The Mancunian.  They also work as an English tutor part-time too. Since moving to Manchester for university, they have joined the local poetry collective Young Identity and have facilitated workshops around the country for The Poetry Society.
In 2021, Jay won the Oooh Beehive UK Slam Championship and the Margate Bookie poetry award. In 2022, Jay became the Shambala Festival Slam winner and Roundhouse Slam and Ledbury Poetry Slam finalist.
Their writing has been published in Soundsphere Magazine, PUSH Magazine, WARO, Acumen Poetry, Streetcake Magazine, Drawn to the Light Press, and also featured in Human Appeal’s Stories of Her Sisters poetry anthology.
They also have performed poetry live for BBC’s Contains Strong Language, Freedom Festival, Save Me A Seat Festival, Manchester Punk Festival, Awareness Festival,  and was commissioned by Humber Mouth Literary Festival, Middle Child Theatre and Wakefield Litfest.
Jay's poem 'The Green Flame' was featured on BBC Radio 6 in September 2022 on the Craig Charles Funk and Soul Show.

Send a message to Jay Mitra