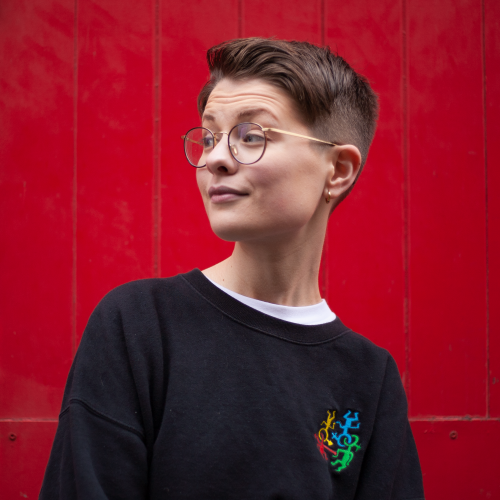 Billie Collins is a writer for stage, screen and audio.

She was selected for the 2022 BBC Writersroom Northern Voices cohort, was part of Film Hub North's 2020 Script Lab and was shortlisted for the 2021 Papatango Prize.

She has programmed and hosted online events for the BFI London Film Festival, BFI Flare and the BFI Film Academy, and has been a script reader for organisations such as the Liverpool Everyman Theatre, BFI and Film4.

Billie is also the co-creator and host of Even Baddies Wear Helmets, a podcast all about the craft of making children’s TV, explored in conversation with the sector’s leading writers, directors, producers and actors.

Billie is represented by Maeve Bolger at the Agency.

Send a message to Billie Collins