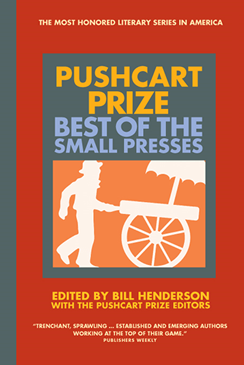 The Pushcart Prize: Best of the Small Presses series, published every year since 1976, is the most honored literary project in America – including Highest Honors from the American Academy of Arts and Letters. Since 1976, hundreds of presses and thousands of writers of short stories, poetry and essays have been represented in our annual collections. Each year most of the writers and many of the presses are new to the series. Every volume contains an index of past selections, plus lists of outstanding presses with addresses.