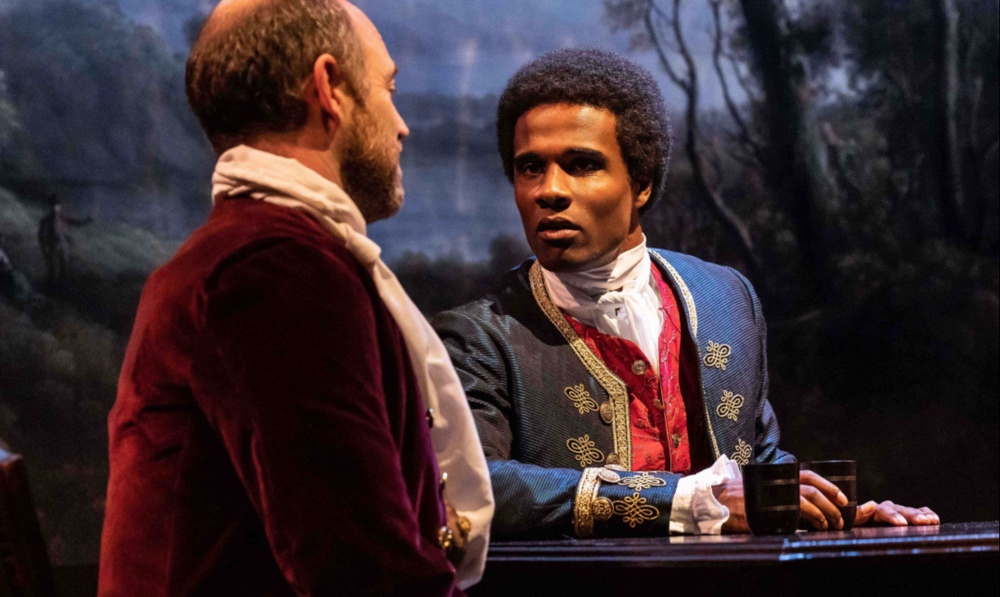 “To keep that part of me silent. That is what is unbearable. That is why I must be free.”

Based on a true story, Enough of Him explores the life of Joseph Knight, an African man enslaved by plantation owner Sir John Wedderburn and brought to Scotland to serve in his Perthshire mansion.

Highly favoured by Wedderburn and yet still enslaved, Knight balances on the knife edge between obligation and a soul-deep yearning for freedom. He forges a bond with Annie, a young Scottish servant working in the household, and the two of them fall in love.

But the walls of Ballindean do not keep secrets — their affair unsettles Lady Wedderburn, whose bitter loneliness is only deepened by the close bond her husband has with Knight. Joseph will endure bondage no longer. What happens when Joseph’s dreams clash with those of the man who owns him? What becomes of us all when past brutalities bleed into our present realities?

A national Theatre of Scotland tour, written by Glasgow-based writer May Sumbwanyambe, this compelling domestic drama is a thrilling exploration of power and its attendant tensions: between those who are enslaved and those who are free, servants and masters, and husbands and wives.

Enough of Him 2022-10-20 Pitlochry, New Galloway, Glasgow, Cumbernauld, Musselburgh and Perth
TO THE TOP
Log In
SHARE THIS PAGE