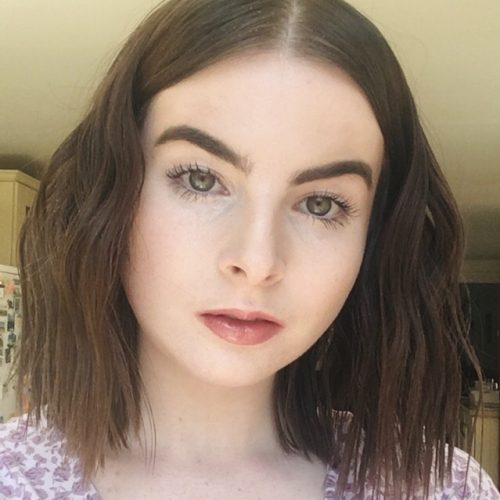 Based in Bristol
Email
Upcoming Events:

Pearl is currently studying for an MA in Drama Writing at Bristol Old Vic Theatre School and working for Rianne Pictures.
In 2018, Pearl won the Under 25s Playwriting Award at The Customs House, South Shields, which funded R&D and a rehearsed reading of her hour long play ‘Tender: Loving Care’ at the theatre.  This play – about funding for women's refuges – was then shortlisted for The Pleasance Reading Week 2019 and selected for Aktualise Theatre's Script Club.
Pearl’s short plays have been professionally produced at various venues including The Arcola, The Pleasance and SLAM in London and Hope Mills Theatre, Manchester and ARC, Stockton in the North.
Also in 2018, Pearl was asked to write 'Best of Three' an hour-long verse play for TYPify Festival.   The year before, she performed a self-penned poetic monologue at Bristol Old Vic as part of its 250th Anniversary.  Her poetry is featured in the 'Bread and Roses’ anthology published by Culture Matters & Unite the Union.
Pearl directed a production of Romeo and Juliet, set in 1980s Berlin, for Newcastle University Theatre Society.

Send a message to Pearl Andrews-Horrigan