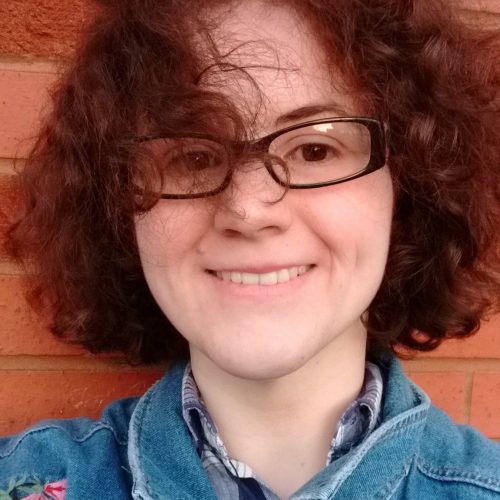 Elizabeth Gibson was announced as a New North Poet at the 2017 Northern Writers’ Awards. She is a Masters student in French and Spanish at the University of Manchester. Her writing has appeared or is forthcoming in Antiphon, Cake, Far Off Places, London Journal of Fiction, Severine, The Poetry Shed, Gigantic Sequins and Ink, Sweat & Tears among other places. She won Second Prize in the Poetry Society’s 2016 Timothy Corsellis Prize.

Elizabeth edits Foxglove Journal and is a reviewer for The Cadaverine and Structo. She also maintains the Word Life section of Now Then Manchester, curating a themed set of pieces of writing every month and showcasing literary events in the city.

Elizabeth has been involved in several projects at Cornerhouse/HOME in Manchester: she was on the curation team for two major exhibitions, Lost is Found and Four and has blogged for the venue. She has been a Digital Reporter for Manchester Literature Festival since 2012. She blogs about her travels at https://lgfrance.blogspot.co.uk.

Send a message to Elizabeth Gibson