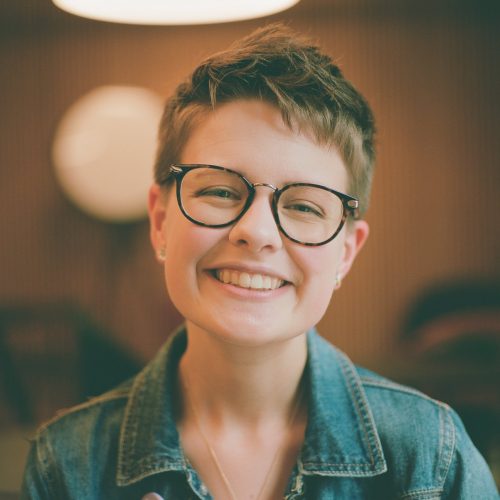 Billie Collins is a playwright and screenwriter from the Wirral. She is a graduate of the Royal Exchange Theatre Young Writers, the BFI Screenwriting Academy and the GM Critics Scheme.

Her play Too Much World at Once was written on attachment with Box of Tricks Theatre in Manchester during their 2019-20 PlayBox residency. She has recently been commissioned by the company to further develop the play with a view to a future production.

Her other previous work has been staged at the Lowry Theatre Studio and online with Theatre 503 and Channel 4’s Random Acts. She was a participant in Film Hub North’s 2020 Script Lab, and interviews filmmakers for BFI NETWORK. She has also previously developed short films with the young people of the TV Workshop Salford, programmed and hosted online events for the BFI London Film Festival, and has been a script reader for organisations such as the Liverpool Everyman Theatre and Red Planet Productions.

Send a message to Billie Collins