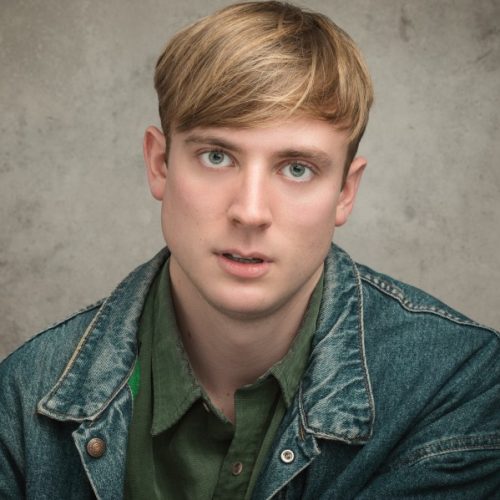 "There are some extraordinarily powerful moments in this exploration of trauma, and the story is told with sensitivity, a dark humour and makes a clever point about the danger of generalising based on individual stories… this play could happily sit on much larger stage." West End Wilma on Man Down
Jack is a playwright, actor  and singer-songwriter from Bolton. Jack's work often explores the intersections between gender, sexuality and mental health.

'Man Down' is currently in development following a weeks run at the Tristan Bates Theatre in 2019. Jack hopes to tour the production in 2020, and partner with local charities to raise awareness of male domestic abuse and sexual assault.
Jack has trained at Royal Central School of Speech and Drama, London Academy of Music and Dramatic Art, National Youth Theatre and Royal Exchange Theatre Young Company.
As a playwright, his work ranges from co-author with Ravi Thornton on an NHS commissioned play, which was subsequently adapted into a short film; to full length plays above (and below) pubs; to a short play in the Royal Exchange Studio.
As an actor Jack has performed at the National Theatre, Royal Exchange Studio, Theatre503 and many a pub theatre.
Jack is particularly interested in creating work which breaks down stigmas associated with mental illness.

Send a message to Jack Hart