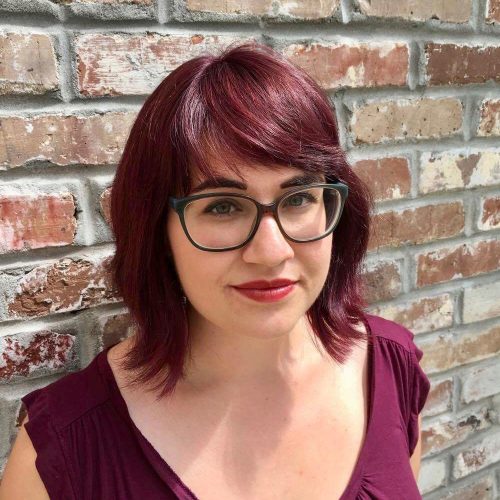 Fielding Ronshaugen is a primary school teacher living in Manchester. She moved to England half way through her childhood from California and has also lived in York and Durham. Fielding began writing poetry during her A-Levels. After winning the Foyle Young Poets of the Year Award in 2010, she became more involved in the poetry scene, publishing in Cake, Magma and Cadaverine as well as interning with The Poetry Society and taking part in various poetry and arts festivals, including Ledbury and Bridlington.

As a writer and teacher, Fielding has strong interest in creative writing in education. She has planned and delivered a wide variety of poetry workshops for both schools and festivals. While at university, she helped to create and run a volunteering project which brought university students into schools to run an eight-week poetry-writing after-school programme. She has run several poetry workshops focused on narrative storytelling and shape poetry in Durham primary schools and has recently worked with the Writing Squad and the Manchester Literature Festival’s 6 Minute Reads on a prose writing workshop in a local high school. Fielding has also run a variety of creative workshops for festivals such as the Just So Festival and the Bridlington Poetry Festival.

In her own writing and in her workshops, Fielding places a strong emphasis on using carefully crafted imagery to invoke a strong sense of place. When working with children, Fielding encourages children to use their imaginations freely and wildly, take their own work seriously, thinking of themselves as ‘real writers’ and understand the power of the editing process.

Send a message to Fielding Ronshaugen