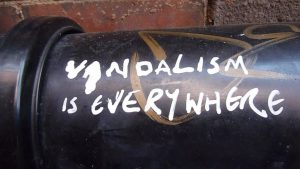 ‘This way for yummy sausage.’ ‘Fuck Alex.’ ‘Sweden Norway.’ ‘Aye Aye Manny.’ All sage tidbits from the citizens of Newcastle, I’m sure, but it’s a shame they haven’t anything much else to say for themselves. Behind busy streets, there’s a wealth of unadulterated wall space waiting for some modern Michelangelo to come along and inject some colour. From underpasses to the under bellies of tunnels, there’s entirely too much white going on for my liking. 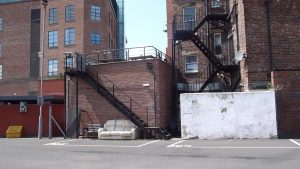 It’s not all bad. There’s not much to get your teeth into if you’re after graffiti murals or calls-to-arms, but if you like life-size horses on roller skates, there’s a can-do attitude around here. The walls around the castle have some commissioned work worth a glance. But there’s nothing that really stands up and names itself. At least, not intentionally. I mean, sure, ‘Curly’ signed off, ‘Kerri’ proclaimed her love for Iain and ‘King’ claimed his throne in the broken bits of the castle walls, but there’s no real pride in a half-arsed tag, is there, ‘Fes’? 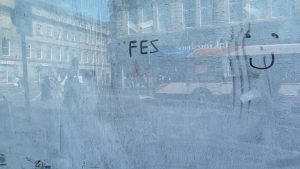 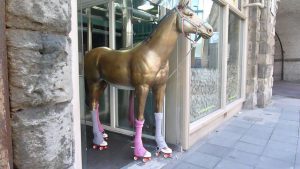 I could be wrong, though. Maybe lampposts and BT boxes are the new skate-parks in this part of the world.

But seriously, come on, guys, bubble writing is so 1990s. In the immortal words of Cher Horowitz, ‘As if!’ 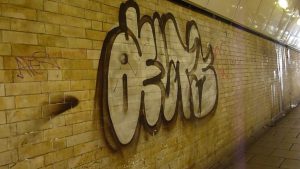 The moral of the story is, as ever: Suck a dick, Cameron. 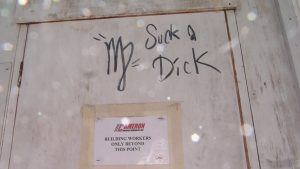