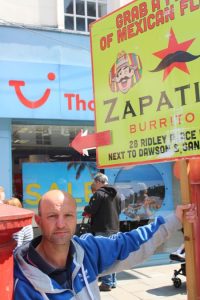 It’s taking from the poor to make them poorer, and things like, myself, it’s hit me financially as a single parent. The normal working person can’t afford to do what they’re proposing. The younger who want to live away from home are forced to stay there for longer.

It’s not that I don’t care, it’s just that I don’t think I know too much about it. It’s just too much politics and it’s hard to understand what’s going on. Don’t take my picture. I haven’t got my make-up on. 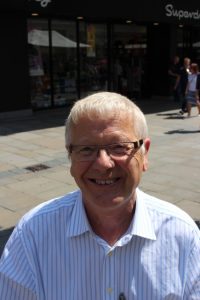 Didn’t take a lot of interest. They’re all rubbish. No, it won’t affect me. I didn’t vote. I had prostate cancer last year. Then I had a massive heart attack. My wife’s been in a nursing home. Between then I lost my daughter to cancer. I’ve got a little bit more on my plate than politics.

It’s difficult for me to answer political questions. My job depends on whoever’s in the civic centre. If you were in my position you’d understand. I have to apply for a licence and the civic centre decides that. So I prefer not to express my voice – I don’t want to be too exposed. 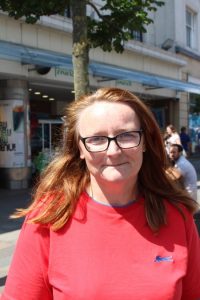 I sort of think the rich are getting richer and the poor are getting poorer. Again. My daughter’s been on the dole for a while now. The government’s not giving young people any way to get off it. It’s dog eat dog – if you know someone you can get a job, if you don’t you’re stuck. It’s easier to go on the dole.

It’s a decent start. It’s the usual smoke and mirrors, as with every other Chancellor. We’re heading in the right direction. The living wage is going to cost me another fifty grand a year though. But that’s why you choose to live in a democracy. It’s not as hard on the underprivileged as people are making out. 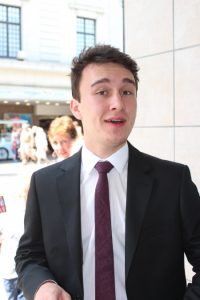 Works for a marketing company

Unfair. Unnecessary. Probably the two words I’d go for. Cutting out the middle man. Closing down and isolating the working class.

Can you say I’m an office worker? I don’t want to jeopardise my job. The budget’s not bad. I don’t think it’s good for students. How will they go to uni if they can’t afford it? Eventually half the country won’t be able to read and write properly. Some things are good though, like the cut on child benefit. First thing I ever agreed with them on. 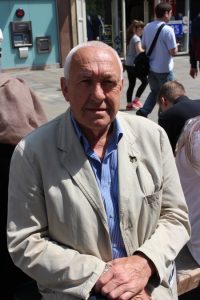 Put a fake name. Call me Conrad. I’m at work. I work ten hours a day and the budget is the last thing on my mind. Let’s just say I don’t vote Conservative. 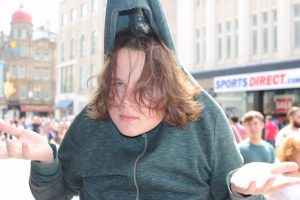 I don’t know anything about it. I leave it up to other people. I know they’re all saying something different, but they’re not that different. It’s like if I asked you to fill up a bucket – you can use a teaspoon or you can use a glass but it doesn’t matter, your bucket still gets filled. That’s what politics is like.