AT ARM’S LENGTH YOURSELF

The viral success of the #nomakeupselfie campaign saw £8m raised in six days for Cancer Research UK – and more than £18,000 to boot for some polar bears – the lucky upside of some unfortunate typos … #autocorrect. With the Oxford English Dictionary proclaiming ‘selfie’ the word of 2013 – this campaign was bang on trend.

The idea of the ‘selfie’ isn’t a new one, we’ve been at it for decades. But only recently have they been met with this sort of stigmatisation. Most people we spoke to proclaimed ‘There’s a certain sort of person that takes selfies.’  A few confessed to a cheeky selfie every couple of weeks, or every couple of months – selfie as rite of passage, tracking the subtle changes in our ageing faces. But everyone we spoke to had ‘that friend’ – you know, the fresh-faced one with model looks, who doesn’t need Cancer Research as an excuse to post daily pictures.

There was a time when a picture was supposedly worth a thousand words, but with the advent of filters, photoshop, and mobile phones designed to capture the perfect selfie, it feels like we’re devaluing a sacrosanct space. What was once a window into the soul is now a carefully controlled version of your self, each one uniquely crafted to suit the platform of your choice.

Your indie self – face down, focus on the crown on the head, lighting like a halo, a slight half smile – for Instagram; your nighttime self, dressed to the nines and out on the town – for Facebook; and now the no make up selfie – self explanatory – for Cancer Research.

Selfies are the marmite of the digital age – people either love them or hate them, and in some cases even think they’re dangerous – the symptom of a time in which we’re taught from birth that value and validation come from the outside; your ability to perform the perfect pout, and the length of your arm.  Why?  To hold the camera at the appropriately flattering distance from your face, of course.

The reductive power of the selfie is incredible. By participating we label ourselves; opt into the realm of heightened image awareness.

We live in a world controlled by image, but the selfie takes us one step further and turns faces into a commodity; something to be liked, challenged, swapped, swiped, advertised and traded in for money.

Potential partners swipe left or right – yes or no. A future love-life determined by one picture and one swift motion.

Nowadays young women are not only relentlessly pursued by the media policing definitions of beauty and standards of self-worth; they’re directly handed the tools they need to package, profile and sell themselves – their own image – their self. Their selfie.

Here’s what Manchester had to say: 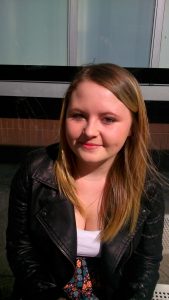 Student Lauren believes the no makeup selfies for Cancer Research were good for raising awareness although they were originally just a way for people to show themselves on Facebook. As far as selfie culture in general, she doesn’t understand why it has suddenly become such a big thing, as it’s been around for years and has only recently been given a name. She sees more selfies being taken, and being taken more seriously, by girls.  Boys just use them to pull stupid faces. 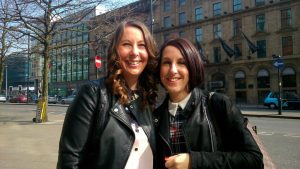 Both Katie and Vicki were nominated for no makeup selfies. Katie took part despite ‘not usually doing that kind of thing’ and Vicki chose just to donate. Aside from Vicki sometimes taking them on nights out, neither were keen on taking selfies but both had Facebook timelines full of other people’s and admitted they ‘liked a nosey’ into what their Facebook friends wore and got up to. 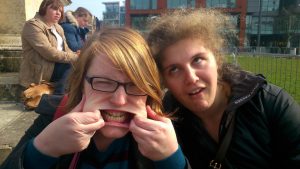 Australians Emma and Clancy don’t usually take selfies, unless for ‘utilitarian’ purposes (to show their family in Australia where there are and confirm that they’re still alive). Emma also takes ‘ironic’ close-up, intentionally unattractive selfies, feeling that the alternative would be shallow and that it is dangerously easy to fall into the ‘spiral’ of seeking artificial approval through Instagram, Twitter, etc. They understood the #nomakeup sentiment as essentially nice but not actually making any difference, and in Clancy’s view ‘breeding narcissism.’ Rather than empathising with people who are going through a really hard time, they are saying cancer is ‘somehow about me’, suggesting that they are thinking about someone else for a change by, paradoxically, putting a another picture of themselves on Facebook. She recounted hearing about a cancer survivor who took offence at the notion that healthy people broadcasting images of themselves looking ‘rough’ was somehow beneficial – at her worst, she had looked far worse than any of those women. They described the complications, manipulations and guilt-trips that the trend is based on, with genuinely well-meaning people placed in the impossible situation of having to buy into a problematic idea or appear uninterested in cancer awareness (pro-selfies or pro-cancer?) While Emma could see the benefits of ‘putting yourself out there’ and encouraging self-confidence, she felt it would be better suited to an illness more closely related to body image, such as anorexia or body dysmorphic disorder. Both were reluctant to mock the campaign as a whole, feeling it was ultimately best to ‘just let people do what makes them happy and not say too much about it’ but were critical of the general pressure now felt to craft an image on every platform (Facebook, Instagram, Whatsapp, etc). Clancy referred to the inaccuracy of the ‘no filter’ tag; ‘nothing is raw and authentic, it’s all just image crafting’. 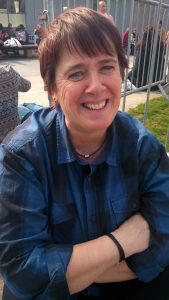 Christine has not been nominated, but described its impact on Facebook friends her age and her two teenage sons. She knew ‘quite a mix’ of people posting as cancer affects everyone, though first saw the trend emerge among people her age. Both her and her sons have mixed feelings, particularly in relation to gender and sexuality; both Christine and one of her sons are gay, with her son choosing to wear makeup. They feel that the trend plays to a stereotypical view of women and restrictions on individual expressions of sexuality. In spite of this, there is a part of her that supports anything that raises money – though she feels it should be the responsibility of the currently inadequate government. 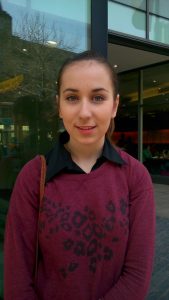 While Suzana doesn’t take selfies at all, Anna does about once a month – not at all often in comparison to friends who take them ‘all the time’ some daily. Neither of the girls were nominated but many of their friends were and both see it as a good, easy way to raise money and awareness, particularly when celebrities are involved. They appreciate the pressure on young girls to wear makeup, with many having acne and feeling a need to ‘cover up’, but described selfie culture as affecting both sexes, with boys at school also frequently taking selfies – usually pulling faces. 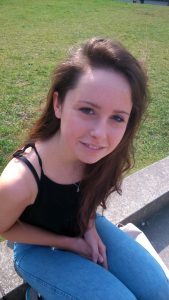 Harriet takes selfies around once every two weeks, usually when going out and to show off an outfit and/or makeup. She sees selfie culture as quite new and involving both sexes, but that it is ‘more embarrassing’ when boys are involved. The kind of photos she broadcasts are dependent on who will be accessing her online accounts; she posts different photos on Instagram to Facebook, where her family can see. She has seen the no makeup selfies on Facebook but hasn’t been nominated. 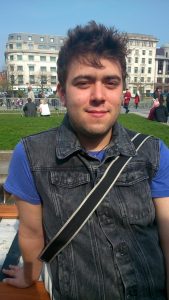 Though he initially thought it was ‘daft’, AJ has come around to the idea of the no makeup selfie, as an initiative that includes everyone and makes people realise the need to do something to raise money. He also felt it was a nice idea in terms of female self-confidence, as a lot of people wear too much makeup. Personally, he takes selfies only ‘if the situation requires it’ and is yet to be nominated; if he is (for the male, sock alternative), he might or might just donate. 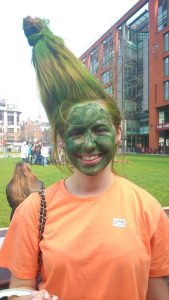 Hannah said she was raising money for Action against Hunger, part of a regular campaign organised by her university. She takes selfies occasionally but less than most other people, thinking they are mainly taken by people who think they’re attractive although in her view the no makeup trend was good for raising awareness. 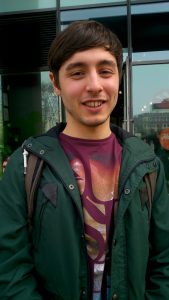 As a science PHD student, Steven acknowledges the great amount of money raised, but feels most people don’t appreciate the very limited effect on cancer research. He prefers to donate to charities such as Macmillan that deal more with the nursing and care. He thought many just do it because other people have, or to be told they ‘look gorgeous’ without makeup, with some not even realising the relation between taking the selfie and actually donating money. He also takes issue with the male alternative to the trend, in which boys/men take photos heavily made up ‘to look funny’, as he believes that both men and women should be allowed to wear makeup without this being considered strange or amusing. Though he is gay and has a lot of gay Facebook friends, he has seen far more of these taken by his straight male friends. 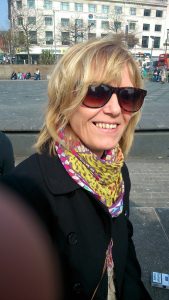 Judith is still waiting to be asked but has donated and believes selfies are absolutely brilliant if used for such a good purpose. She does not usually take them, it’s a ‘generational thing’ – her sixteen year-old daughter and her friends have taken part – she felt the trend was good as it discouraged the tendency of girls to ‘mask themselves’.