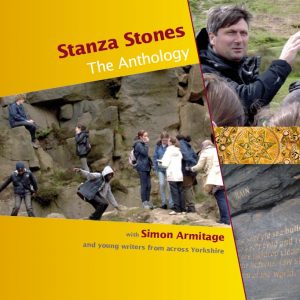 Stanza Stones  was an Ilkley Literature Festival project for which Simon Armitage wrote poems inspired by the landscape of the Pennines, which were then carved into stones to form a permanent poetry trail.

As part of the project in 2012, Squad writers Amy Christmas, Andy Owen Cook, Cara Brennan, Charlotte Wetton, Katherine Horrex and Sian Hughes took part in workshops and performances and contributed to the Stanza Stones Anthology which you can download here.