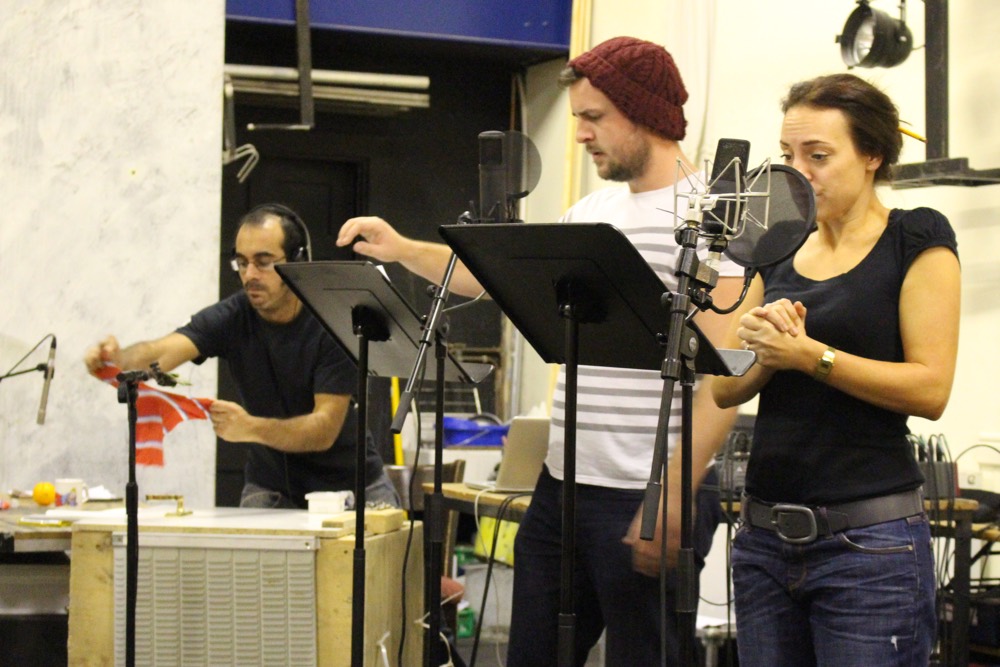 Slung Low have developed a format in which 15 minute plays for voices are performed in front of an audience. The sound effects are done foley-style and the music played live.

In 2013 plays by Jessica Stratford, Sophie Ward, Ryan Watson and Hannah Morpeth, developed by Squad3 grad, playwright and BBC Drama’s Jess Brown, were recorded at Holbeck Working Mens Club in Leeds. You can listen to them in PUSH3.