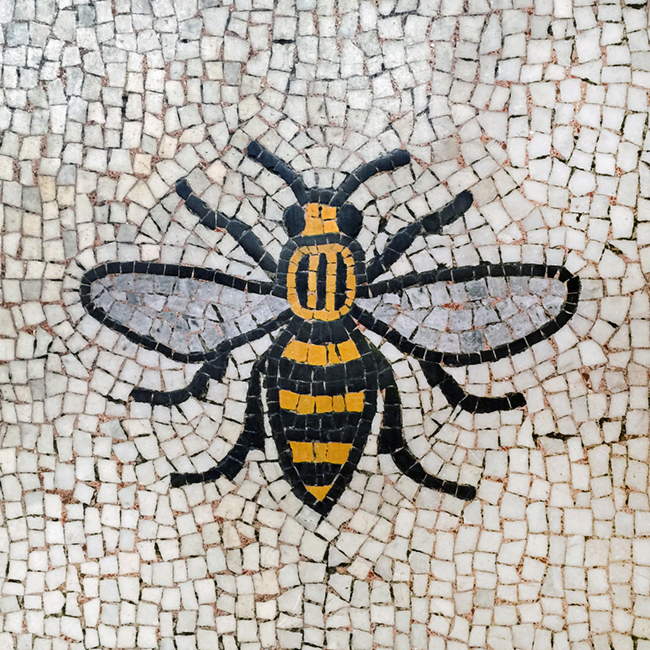 The day after the attack on Manchester Arena, we got a call from journalist Marc-Olivier Bherer asking us to find someone to write an op-ed piece for Le Monde on how it felt to be in the city As a Squad writer and critic living here, James Varney was an obvious choice.

Manchester is one of the great northern cities in which we are based, Squad writers live right across the world, James spoke for us all in his response.

This morning my phone buzzes as loved ones message to check I am OK. The world and the city I live in feel alien, transformed by the shock of last night’s events. On social media, friends share information on who to contact if you are in need, where you can give blood if you want to help. The immediate reaction is the offer of care. It is a sad day, but one on which love is felt intensely.

The vicarious Manchester of social media is proof of the strength of the networks between us. Harm but a thread and the web holds, and we all leap to repair it. The slowly unfolding details of what happened in the city last night are partnered with the display of willingness to take action to support. I am saddened, but I am incredibly proud to call Manchester my home.

The city centre is delicate today, tentative. This is not a normal day and it does not feel like one and it shouldn’t. There are aftershocks still, increased policing, a heightened sense of surveillance and unease between people on the street. But people are on the street. Manchester holds its form. A busker is preaching love and there are sunbathers in Piccadilly Gardens. Trams come and go and the streets hold the same activity they always have. The mundane inhabitance of the streets is more reassurance that the city has not moved from under us.

The air has changed and the speed of life has slowed but we are steeled. Manchester runs deep, it is a city built layer upon layer on top of itself. In amongst the steel and glass towers younger than I am are sandstone and brick, thin winding streets and hidden churches and squares. My home is concentrated, close, with streets and buildings and the people who inhabit them together.

Manchester is a city held together by its inhabitants, defined by our accomplishments. We are the cradle of Alan Turing and Emmeline Pankhurst, of the co-operative movement, the home of Canal Street and the Curry Mile. Manchester is many things and it is all of them at once. As a city, we are strong because of the many ways in which we are woven together. We have been shaken before, many times, we might even have rattled a little but our city of rivers, bricks and stone has held itself whole. To pass through moments of trial is the trick – in doing so we only become stronger together. Manchester will manage that. Manchester will continue to produce beautiful people capable of changing the world. Manchester will look out for its own as it always has done.

A vigil will be held this evening on Albert’s Square, in front of Manchester town hall. This is not the first gathering I will have been to there. I cannot either imagine it to be the last; the squares of Manchester have hosted protests and celebrations I have been a part of. They have hosted other vigils and tonight they will again support our defiance and collective love. The first thing a visitor might notice about Manchester might be the architecture, but a citizen will understand that our city is made by how we use it. Manchester is shaken but it remains a place we have all built together. We keep it.

Manchester creates. That is a simple fact of our city. Our history is one of innovation in science, technology and all corners of the arts. It is no coincidence that our political history also is one of union and collective action. Any cursory stroll through the centre will take you past myriad images of folk and pop heroes, the culture we wear on our sleeves. Those who have stood out have done so in standing on the shoulders of all the work that has come before them. The images are still there today, and will be tomorrow. There is such communal pride in what Manchester has been, and the ways we have made it become. We are a city together and do not act alone.

The history of this city gives us firm ground to stand on, an example to follow: Manchester’s age gives the young agency to belong. Culture and society are not just for those who create but those who inherit, too. In any given week, there will be too many gigs, exhibitions, theatre shows, concerts and literature nights to count. Equally as much a home for celebration, Manchester is a site of action, home to talks, protests and discussion. The youth of this city are no strangers to the behaviour Manchester expects of them. We are the culmination of all that has come before us and we see it in the city’s streets and the people who have walked them before us. The young people of Manchester do not sit still, they work to make the world they want to live in. Do not misread the young as weak. We are centres of power and love and we cannot be divided.