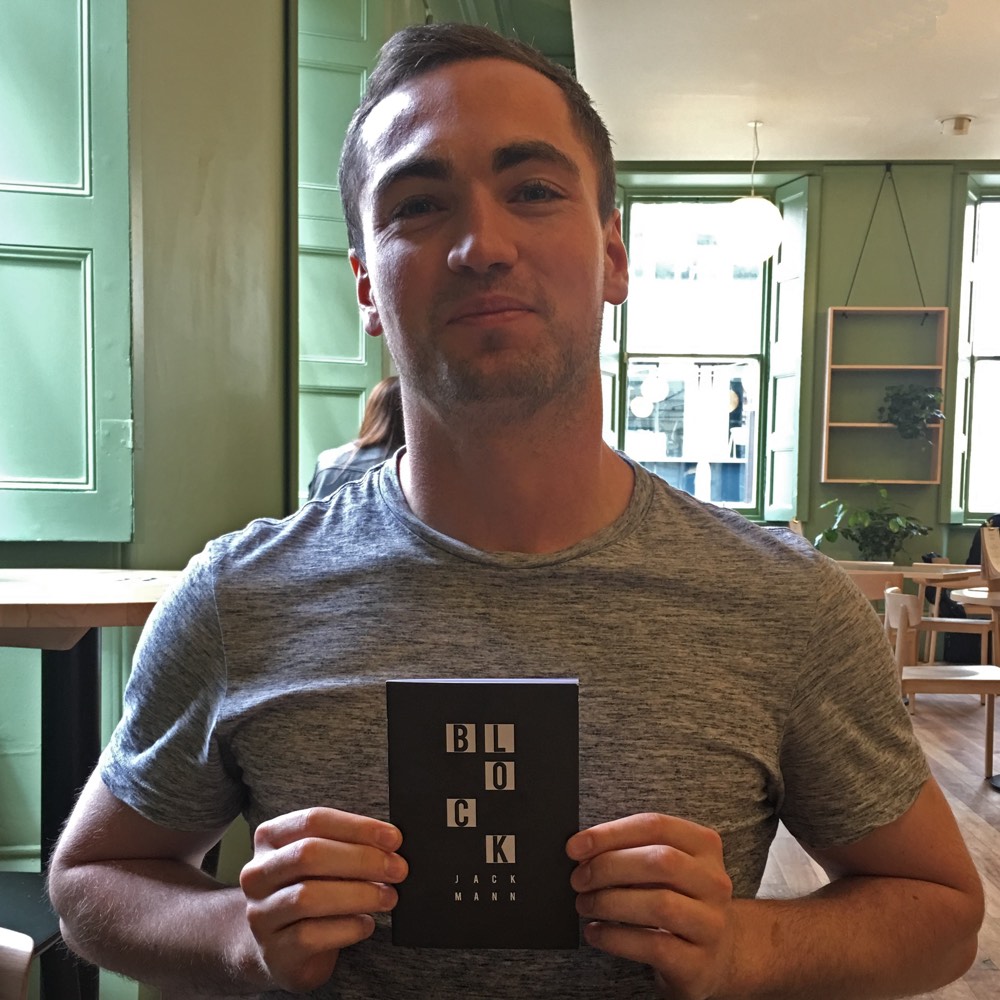 A collaboration between the Writing Squad and Wrecking Ball Press has enabled the production of a beautiful little book by Squad 6 grad Jack Mann.

BLOCK explores 11 one-on-one interactions with urban environments and the people within them from two often orthogonal angles. Jack started writing BLOCK in 2010, finished the first half after two years of traveling and reflected on it in 2014 to write the complimentary (and arguably more incisive) second half.

To see what he is on about and own a beautiful bit of print visit Jack’s Etsy shop and relieve yourself of a fiver.