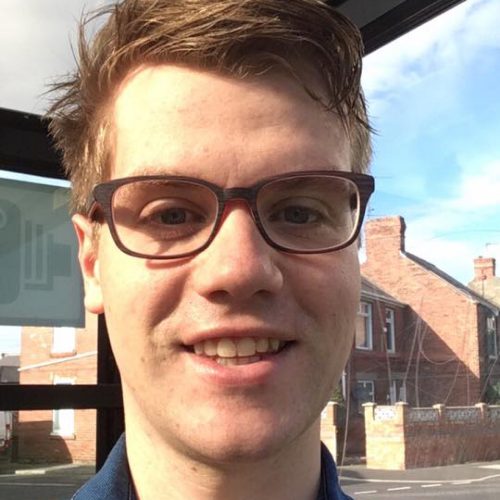 Based in Gateshead
Email

At the minute Ryan writes mostly for radio and short plays but is also super interested in screenwiritng.

Recently he wrote a piece called Regeneration about how watching Doctor Who is the best thing to do when the world is about to blow up. This was performed alongside an original piece of Music as part of No Dice Collective’s Last Christmas evening in December 2018. He also took part in Alphabetti Theatre’s Write Something course where he wrote a piece called F****** Voltron in April/May 2018.

He is currently working on a radio drama/podcast project about two kids who decide to run around on a lake made from glass.

When not writing (which is most of the time), he works as an assistant on Arts and Culture projects that take place in Newcastle and Gateshead.

He loves comic books. Don’t ask him about Superman unless you want to see him cry.

Send a message to Ryan Watson